Mental Health is an integral part of human wellbeing and therefore there is no health without mental healthiness.

Altruist has been working in the field of Mental Health since 2007 by facilitating cure and treatment for those suffering from mental disorders. ‘Dava & Dua program’ of Government of Gujarat and Altruist has been a pathway for mental health professionals to reach out the needy who come in search of cure for mental disorders at religious places. It has become a role model for the country and Dava & Dua has been replicated at Erwadi Dargah of Tamilnadu State of the country.

‘Aadhaar program’ has been yet another effort of reaching out to those wandering people suffering with mental disorders in the city of Ahmedabad and Vadodara, Gujarat in collaboration with Department of health & Family Welfare Government of Gujarat and Ahmedabad and Vadodara Police by helping the Police rescuing such vulnerable people and facilitating them with security, care and treatment and finding their whereabouts and reintegrating them with their families. 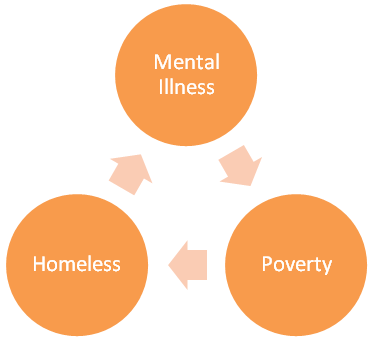 With increasing urbanization, computerization and demands of daily life, the prevalence of mental illness is increasing at an alarming rate. It is predicted by WHO that by 2010, mental illness will be the second leading cause of morbidity in the world. India is no exception to this phenomenon. There are 40-50 million people in India who are affected by some form of mental illness. Every year more than 11,000 Schizophrenics are added every year. The majority of these individuals remain in the community under the care of their family members and they don’t receive treatment and care due to;

Individuals who are experiencing mental ill health are at increased risk for destitution, for reasons such as wandering or being rejected by their families.