Many people believe that religion and spirituality favourably impact upon their lives and that well-being, good health, and religious commitment or faith is integrally intertwined. Religion and spirituality are deemed important because they can provide comfort, joy, pleasure, and meaning to life as well as be means to deal with death, suffering, pain, injustice, tragedy, and stressful experiences in the life of an individual or family.

Psychiatric disorders in India have been attributed to influence of supernatural phenomena, and many with mental illnesses have been subjected to various kinds of ‘magico-religious’ treatments. Culture also imprints mental health by influencing whether and how individuals experience the discomfort associated with mental illness. People tend to have strong beliefs about the mentally ill and many of these concepts are based on prevailing local systems of belief. Belief in supernatural influences is common in patients’ relatives even from urban background with adequate education and treatment based upon such beliefs is sought to a considerable extent in such cases. Local and community belief in such phenomena is a factor influencing the decision to seek superstitious treatments.

Superstition, the belief in supernatural causes of events, is common in our society and is sometimes associated with religious beliefs. Some psychiatric patients attribute their mental illness to supernatural causes, which can prevent them from benefiting from appropriate medications. They either discontinue medication and refer to a religious faith healer, a person who conducts prayers and religious rituals and is known as a traditional healer or seek superstitious treatments post/prior to medical treatment.

In our country, superstitious beliefs that are tinged with religion and traditional healers involve in treatment of psychiatric patients. Traditional faith healer(s), addressed as a “Priest”, “Mujavar” Bhuva, etc. are sorcerers who mix religious beliefs with superstitious ideas and write prayers and amulets for protection and healing. Sick people, especially psychiatric patients who think their illnesses are caused by evil possession or ingestion of foods contaminated with magical materials, are referred to them and asked to thwart the magic.

Evolution of the Concept of Dava & Dua

In the year 2001 in Erwadi, Tamil Nadu (one of the States of India) 25 such mentally challenged patients were charred to death and they could not escape the blaze as they had been chained. After this gruesome incidence The Hon. Supreme Court of India considered this matter as very a ‘serious concern’ and gave a directive to all the State Governments to ensure care for such mentally challenged persons in the State. The directive also stated that the rights of treatment and rehabilitation of the mentally ill person should be safe guarded.

There are many such places in the Country where mentally ill patients are treated with traditional and religious rituals because generally people have more faith on religion and believe that mental and behavioral problems are due to curse of God or some evil effect.

550 years old the Dargah (Grave of a Muslim Saint) of Hazrat Saiyed Ali Mira Datar is situated 100kms from Ahmedabad, well-known for treating the un-explained ailments related to the world of ghosts and djinns, especially mental and behavioral problems. Hazrat Saiyed Ali Mira Datar became a Martyr at the age of 16 and he became a Holy saint, and with his divine powers the patients who visit his Shrine are healed from their sufferings. It is also regarded as the biggest in the country followed by Hazrat Khwaja Syed Moinuddin Hasan Chishty (Garib Nawaz), Ajmer when it comes to patients’ turnout. The Pilgrims of all caste and creed visit the Mira Datar from all across the world in search of solace. People with mental and behavioral problems visiting here are treated by the religious faith healers known as ‘Mujavars’ with unknown traditional healing rituals since centuries.

According to an ancient Indian belief that Dava (Medicine) & Dua (Prayers) together cure problems faster. Emphasizing on this belief and inspiration from RCH program the way Traditional Birth Attendants (Dai) were trained by professionals for safe child deliveries, this novel concept of Dava & Dua was conceptualized to provide holistic mental health care to the people without disturbing their religious faith and belief.

Funded by the Department of Health and Family Welfare, State Government of Gujarat and with Guidance and Monitoring by Hospital for Mental Health, Ahmedabad ‘Dava & Dua’ is a unique concept of providing modern scientific mental health services along-with traditional faith healing to the people visiting the Shrine for solution of psychological and behavioral problems.

The objectives of the program; 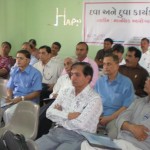 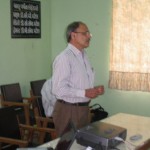 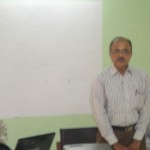 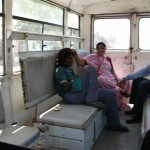 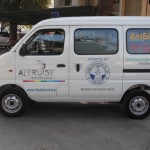 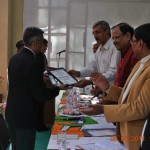